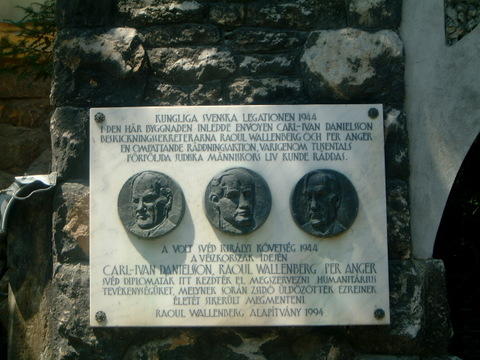 Raoul Wallenberg Memorial Plaque in  Budapest, on a building used by Mr. Wallenberg and the Swedish embassy in 1944. This is across from my father's home, where the British led anti-Nazi resistance held clandestine meetings.. 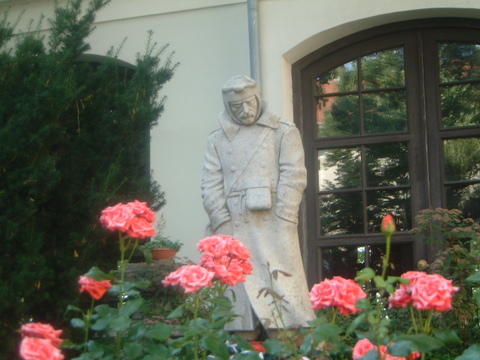 "Death to spies – Death to the English spies.”

The loudspeaker outside was repeating the same sentences again. He would not know enough Russian until later years, when he would finally realize what those words had meant.

The Soviets had been playing mind games since the beginning. He would never give in. The NKVD, the SMERSH would never break him. They would never find out about the network. The Red Army had already proven themselves to be no more than thugs, arresting him with the Dutchman, without justification. They had all been working with the Allies, not against them. He wondered how many others they had arrested.

And what about his parents and those he had been hiding in Budapest – a Jewish school friend and the British agent, both of whom were disguised as Paulist priests? He had not had enough time to bid anyone farewell, it had all happened so fast. He could not have known that at the time, the Soviets were denying any knowledge of his whereabouts, as well as the whereabouts of the Dutchman, the Diplomat, and others who had met with a similar fate. To the outside world, they had all vanished without a trace.

He leaned against the wall and closed his eyes, exhausted from having been sleep deprived – another one of their sinister tactics. Eventually the door opened and the Dutchman was shoved back inside the tiny, windowless cell. Karoly ignored the monotonous voice on the loudspeaker, which seemed to have grown louder. When the stony-faced guard had once more shut the door, he nodded at the Dutchman, who sat down. “They will have to release us as soon as the war is over.”

Unfortunately, such was not his destiny, for he would be doomed to endure the destitute Soviet prison system for the next eleven years, while the Dutchman and the Swedish Diplomat would be even less fortunate …